Did everyone enjoy our little teaser image yesterday?

Well today we have a real treat for you!

Check out our Zatanna full reveal! 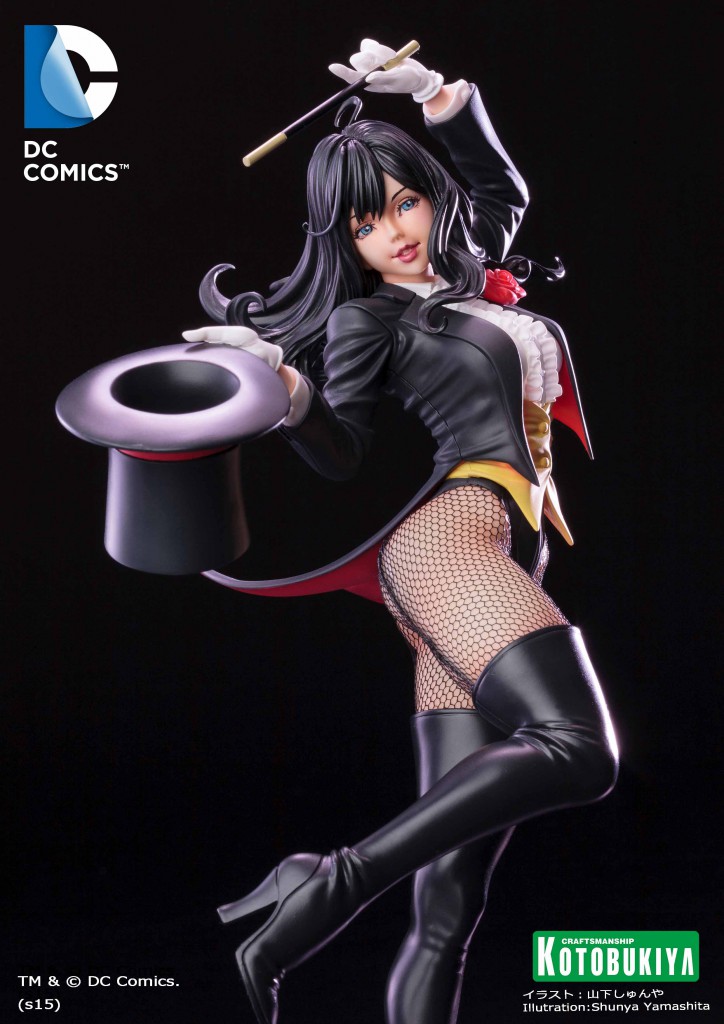 Doesn’t it look like she’s posing on stage? (say yes!)

Zatanna’s complicated pose really brings her to life especially with the angle of her footing,

her cute facial expression (awww), and the way her upper body turns!

Here’s another photo with a plain different background! 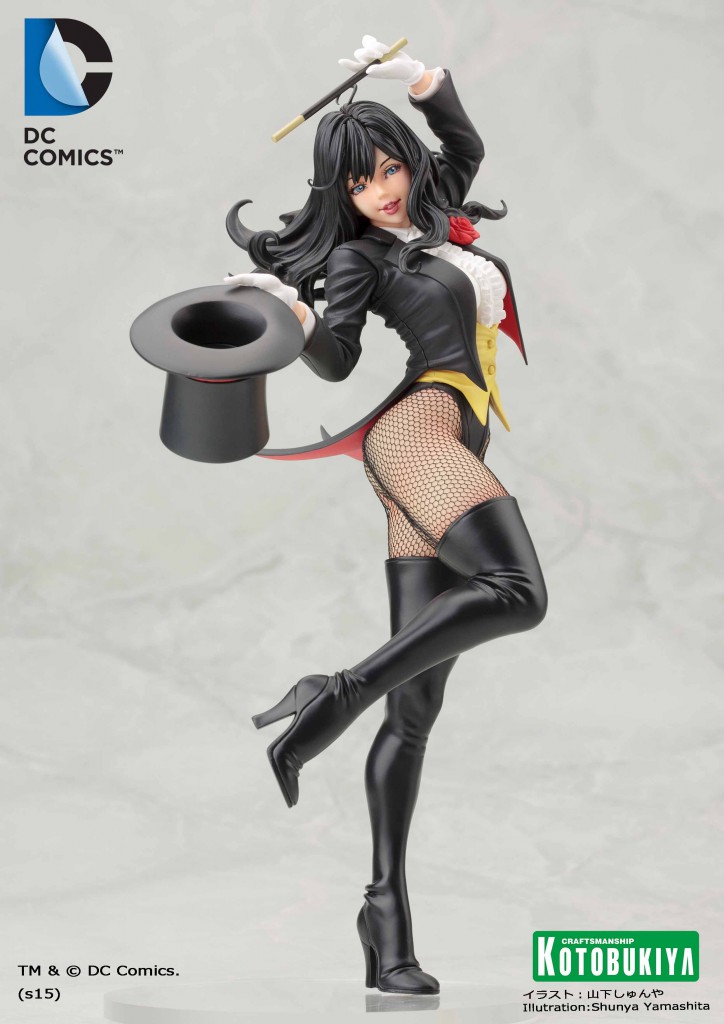 As mentioned by our planner, Shogun(＾◒＾) (yes the kaomoji is a part of her trademark),

there’s a lot of fishnet stockings going on in our Bishoujo Series (that’s a good thing, right? RIGHT GUYS?!).

Aaaaand she has a magic wand! 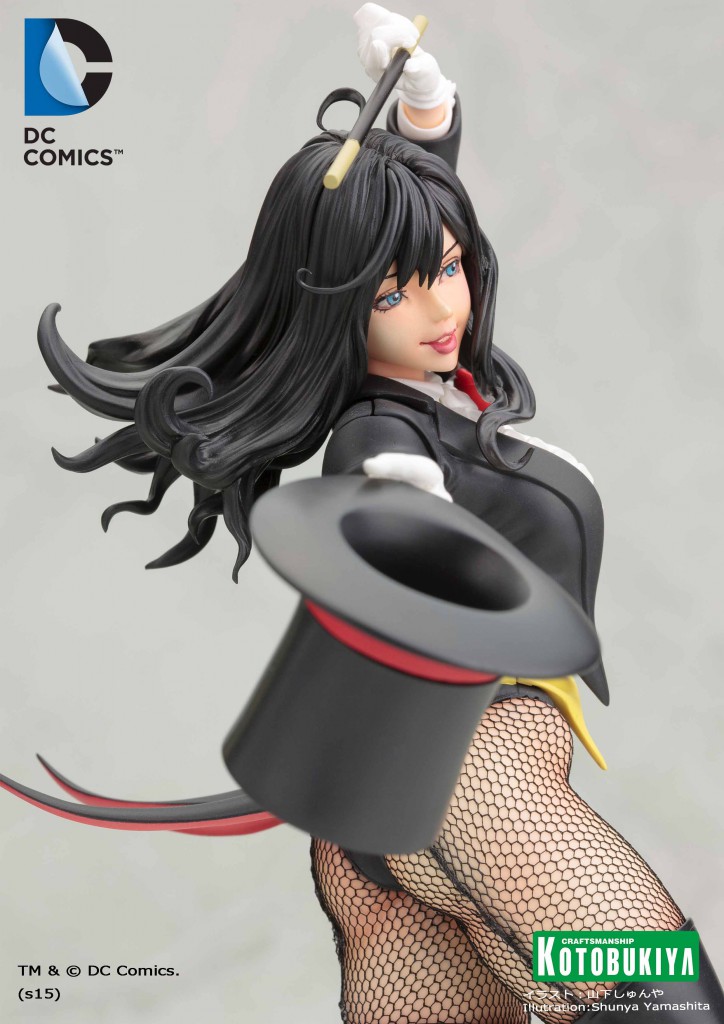 We’ll have her on display at this year’s Wonder Festival (Feb. 8th)!

Both Yamashita and Shogun(＾◒＾) (don’t forget the face!) from Kikakuguys will be there so make sure to say hiiiiiiiii (if somehow you’re in Japan and attending).

Meanwhile, Agent Leu will be at New York Toy Fair so if you’re going, stop by and we can discuss in further details about Zatanna’s wonderful fishnet stockings!

Agent Leu, out (and about)!